skip to main | skip to sidebar

Ron Sweetman is in Jazz Heaven 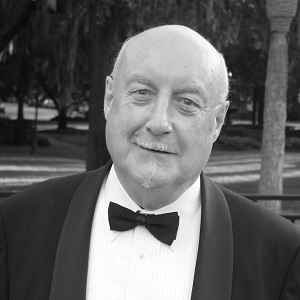 Ron Sweetman, 86, of Ottawa, Ontario peacefully checked into the jazz club in the sky on October 24, 2018.

Frequently described as being “sweet by name, sweet by nature,” Ron truly lived up to his wonderful surname. He was a wonderful husband, father, mentor, and loyal friend.

Ron was born in England in 1932. He initially trained and worked as a chartered accountant before eventually finding his true professional calling as an international management consultant. Although based in Canada, he worked in over 20 other countries over a period of 35 years.

Ron retired in 2012 to devote all his energy to his biggest passion, jazz music. A lifelong fan of jazz in all its eclectic forms, Ron hosted a weekly jazz radio show, “In a Mellow Tone”, on CKCU FM in Ottawa for 39 years. He was a founding member of L’Atelier de Musique Experimentale, Jazz Ottawa, and Music Now. Ron was one of the founders of the Ottawa Jazz Festival, as well as contributing album and concert reviews to such international publications as CODA and DownBeat. Ron was also fond of animals, spicy food, whiskey, and an after-dinner cigar. A true gentleman, Ron always had a twinkle in his eye, a funny joke to tell, and kindness in his heart.

Memorial donations may be made in Ron’s name to the Dementia Society of Ottawa and Renfrew County (www.dementiahelp.ca).
Posted by Ron Sweetman on Monday, July 01, 2019

Ron Sweetman's “In A Mellow Tone” can be heard on CKCU-FM every Wednesday from 9 to 11 PM EST at 93.1 FM in the Ottawa region and around the world on Internet radio.

Ron Sweetman
Ron Sweetman has been an activist for jazz and blues since arriving in Canada in 1969. He was a founder member of L’Atelier de Musique Experimentale (1972), Jazz Ottawa (1976), and Music Now (1997). He has written for CODA magazine since 1970, and has been a member of the Down Beat International Critics Poll since 1982. He has hosted his weekly jazz and blues radio show “In A Mellow Tone” on CKCU-FM 93.1 since May 1976. In his spare time, Ron is a management consultant.